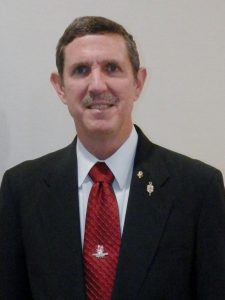 Gary Steele of Cleveland, North Carolina served as District Governor in 2010-2011.  PCC Gary has moderated and presented at several USA/Canada Lions Leadership Forums. PCC Gary has been a member of the Lions University Faculty since 2014 and previously served as the Bachelor’s Program Dean.

Mike Retzlaff of Sloughhouse, California served as District Governor in 2015 – 2016. PDG Mike has moderated and presented at several USA/Canada Lions Leadership Forums. PDG Mike has been a member of the Lions University Faculty since 2017 and is a Doctoral Candidate in Lions University. He has attended 6 USA/Canada Lions Leadership Forums. He has been a Lion for 14 years.

Ruth Roberts was born and raised in Toronto.  PDG Ruth was married to her wonderful, funny late husband PCC Gord Roberts for 44 years.  She was transferred by Rogers Inc., to Richmond BC and lived there for 32 years before returning to Ontario in 2009.

PDG Ruth first joined Lions in 1981 in Richmond BC. She has been a member of 4 clubs in British Columbia, Presently, she is a member of the Victoria Harbour Lions club in Ontario. She was Club Charter President, Secretary (3 times), Director, Membership chair, Tail Twister all at the club level. At the Zone level she was Membership, Zone Secretary, Trainer, and Zone Chair. At the District level PDG Ruth was Leadership Chair, Membership, and Convention Chair, Cabinet Secretary, Vice District Governor and District Governor. At the Multiple District PDG Ruth was Instructor, MD Convention Chair and Secretary for Long Range Planning.  PDG Ruth presented many webinars for both LCI and for District A12.

PDG Ruth joined Victoria Harbour in 2009, was club secretary and tail twister for the club.  She was Zone Chair for 36W in 2018-2019, and GMT in 2019-2022 and now Cabinet Secretary.  She also handles the On-Line Calendar and Zoom meetings for her district.  She enjoys training, visiting clubs and doing presentations.  PDG Ruth is a Melvin Jones Fellow, and has a number of other awards presented to her over the years.

Deanna has a degree in Business Administration from the University of Wyoming, and a minor in Photography.  She owns Capitol Refrigeration and Appliance and Parts Today in Boise, ID.

In her spare time Deanna likes to spend time with her family, quilting, spinning fibers, taking photos, shopping with the granddaughters. Deanna has 6 children and 15 grandchildren.

Lions University is offered by the USA/Canada Lions Leadership Forum. For questions or comments, please check our Frequently Asked Questions or send a message to LionsUniv@gmail.com.

Register for a free Lions University account in the box below.